P is for Patience

Patience is something I got a lesson in recently when I almost sliced my hand in half with an angle grinder. Minutes before my little accident I'd been sitting at the dining room table with my wife, discussing the jobs that needed doing before summer. Spring was in the air and I felt full of pent-up energy after the winter. I wrote a list of all the various renovation projects that needed doing on our old house, the tasks that needed to be completed in our woodland to ensure a supply of firewood, charcoal, mushrooms and fruit for the coming year, and the last-push that needed to happen to get our polytunnel producing food during the main growing season. Yes, there was a lot that needed doing, but I felt equal to the task and was impatient to get on with all the jobs.

Twenty minutes later I was walking to my local hospital - which, luckily, is only five minutes from home - a blood-soaked pillow case wrapped around my hand and arm. "I'll be alright," I was telling my wife. "It's just a cut — we'll stick a plaster on it and it'll heal." Luckily, she disagreed with my prognosis and prodded me along to the hospital emergency centre.

An operation under general anaesthetic was performed that saw surgeons digging chunks of abrasive disk out of my metacarpi and sewing severed tendons back together. When I came round and saw a plaster cast from my elbow to the fingertips I began to realise that my list of jobs might just have to wait. The hand doctor gave me the bad news. "You won't be able to use the hand at all for a month, and it'll be three months before you can do any manual work with it."

And so that was that. A right-handed person losing the use of their right hand, albeit temporarily, is severely limiting, to put it mildly. There was no chance I could complete any of the jobs I had set down on my list. I couldn't drive, I couldn't cook, I couldn't open bottles or jars, get my clothes on or off, or eat food that wasn't already cut into small pieces. I managed as best as I could with my left hand, but I'm not ambidextrous and it's pretty hard to do things such as type or brush your teeth with the hand you're not used to using. I became like a big baby — almost totally helpless when it came to doing simple tasks.

Now, three months on, it has completely healed. I have an interesting scar that I can show to people at parties, and I can't make a 'thumbs up' with my right hand, but otherwise there is no sign of my injury. I got off pretty lightly, having heard some rather gruesome stories from others (walking around with a power tool injury seems to attract a certain type of man who is keen to show off his own power tool injury scars.)

But apart from teaching me that angle grinders are dangerous (something I had known on a theoretical level but now know on a visceral one) my mishap did teach me about patience. Sitting around for a month with nothing much to do apart from read books and reflect made me realise that in the seven years or so since I first learned about the fate of the industrial world, how delicate is its mode of operation and how dependent we all are upon it, I have been engaged in constant hurried preparation for its demise. I'd downsized from my job, moved the family out of a city and country to somewhere less risky, bought a piece of land, learned a few skills that might be useful for when the current economic model has a seizure, and spent countless hundreds of hours filling my questing mind with books, blogs and media trying to figure out what the hell was going on with the world and what an appropriate mode of living might look like in response to it.

And over those seven years I've seen the majority of collapse pundits repeatedly get their predictions wrong for when 'the big one' is coming. Well, so far, 'the big one' hasn't hit us in our cosy first world bubble, but there are plenty of signs of carnage and chaos if one cares to look. We have various failed state countries, including Libya, Syria, Venezuela and Egypt. Each one of these countries was relatively prosperous and stable a decade ago, and yet now, life for many people living there has become a mad scramble for survival amidst political turmoil, hunger, rioting and civil war. Mainstream news media doesn't often report on what is going on within these countries, so it falls to independent observers to go out and look at what is happening on the ground and spread their info using social media.

On the finance and economics front we have basically seen the death of economic growth, in any meaningful sense. Sure, there are lots of figures and factoids flying around about 'full employment' and 'economic recovery' and the like, but scratch the surface and you'll find a dispiriting reality of millions of unemployed but uncounted people, people working minimum wage jobs on zero hours contracts and GDP figures that are almost entirely comprised of central bank generated debt. The debt bubble has ballooned to epic proportions, but again, the media doesn't seem interested. Debt allows countries, institutions and people to look good in the short term, while at the same time sacrificing the longer term.

On the energy front there is a sustained and continued fall in the density of the supplies available to us as a species. We consume something like five times as much oil as we discover, and whatever new stuff we do discover tends to be so challenging to extract and process that we have to expend huge amounts of our remaining energy just to do so: translated, this means that we might as well not bother. It's as if we have been at a rambunctious frat party and the parental liquor cupboard has been smashed open and drained. All that remains are a few empty bottles lying on their sides and some really horrible sticky orange-flavoured aperetifs. The party looks like it's about to fizzle out when someone discovers several crates of booze in the basement. Party on! But wait, it's just shandy, but who cares, it looks like beer and it comes in bottles that look like beer bottles. And all the time new guests keep arriving and demanding booze...

To make up for the inconvenient truth that we are running out of the highly-concentrated fuels our industrial civilisation needs to run, we have a loud cacophony of techno-optimists who insist that business as usual can continue if we just build enough wind turbines, or solar panels or propagate algae in the sea that we can turn into diesel. All of these schemes look great on a computer screen and it is easy to get uninformed people to believe that they are indeed feasible, but none of them ever consider the mechanisms — financial, political, economic — that would be needed to scale them up to a level where they would make much of a difference to offset the diminishing conventional fuels. We seem to be lost in a dreamlike state of demented unreality, like blindfolded people wandering around in a maze shouting hail Mary through gritted teeth. The sad truth is that the smartest people among us are those who capitalise on this madness, amassing huge personal fortunes by promising the moon (or Mars), just so long as the government subsidies continue rolling in.

Aside from all this we have ten different shades of crazy running through our societies. Some mischievous demon somewhere decided to lob a bomb into our carefully ordered political consensus of what constitutes left and right, good and bad, appropriate and inappropriate. This has given the chattering classes, who thought they had it all sorted out, a bad case of the vapours, and turned many of them into little more than drooling basket cases who become psychotic when presented with images and words that go against their programming. Thus we have people who identify as 'liberal'  throwing their allegiance behind billionaire financiers and politicians promising endless war, and those who identify as 'conservative' being generally in favour of conserving nothing except for their own privileges at the expense of everyone else.

On top of the above factors, we've also got a few new wars, environmental problems that are getting steadily worse, the drumbeat of Islamic terrorism that is getting closer to home, and there are now half a billion more people in the world than when I first started writing this blog, some of whom are refugees heading this way.

So, when you look at the past seven years, a lot has changed. Even if it doesn't feel like it on a day-by-day basis, the world is going through a profound readjustment. Sure, at some point, something will probably snap. Maybe it'll be a financial crisis that pops the debt bubble and ends up bankrupting entire countries as bonds get slaughtered. Maybe it'll be a war confected by the deep state and the western military industrial complex — that uber parasite on mankind — and we'll all be lying flat on our backs not knowing what hit us. This time next week/month/year we could all be dead or starving, or eating each other's brains for breakfast.

But here's my simple take on things: to give in to such depressing thoughts is to deny ourselves the ability to lives our lives in the best way that we can. Surrender to the fact that there's nothing you can do to 'fix' things, other than making yourself and your loved ones as secure as you can, and try to make the best of the hand you've been dealt. Create stuff, love people and life, try and make things a bit better for others and keep laughing at the absurdity of it all. The universe doesn't owe you a safe passage — there is no other way. 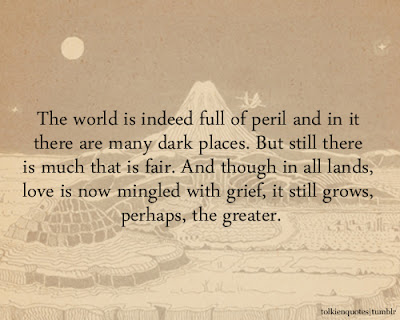 Posted by Jason Heppenstall at 2:08 PM