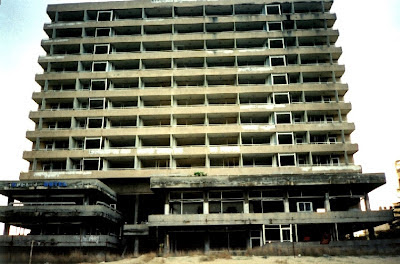 Greetings. I've been pondering the subject of this blog post all week and, to be honest, there are so many things to talk about I'm not sure where to begin. For a start we have Ugo Bardi's eloquent post about Nature printing a bona fide peak oil piece, which seems to suggest that the idea of natural ecological limits - so long a taboo subject - is garnering popular acceptance.

There have been plenty of other things passing through my mind over the past week as I braved the Siberian cold that has frozen Denmark solid and shows no sign of going away just yet. One unfortunate effect of this is that my poor earth worms, who do a pretty decent job of digesting our organic waste and turning them into fertile soil out on the balcony of our apartment (against all health and safety rules, I should add), have frozen solid! I felt sorry for the poor blighters and have wrapped up their plastic home in an old branded fleece. I hope they will be okay - I have also shoved in some straw in the hope that the heat it generates as it decomposes without much oxygen will add a little warmth - but I will learn their fate when the thaw sets in, I suppose.

Apart from this I have to say that I was a bit down in the mouth to find out that a short Sci Fi story I submitted to John Michael Greer's call for entries to a peak oil SF compendium failed to make the grade. My story 'The Amnesiac' is set about 100 years hence on Ibiza, of all places. I got the idea for the story when I stayed in an old farm house there about five years ago and subsequently wrote a whole book - which was rejected by around a hundred publishers and agents (I still have the letters somewhere). At the time I stayed on Ibiza, the island was famous for the decadent nightclub 'Amnesia' which drew people from all over the world to its rave parties.

I dug the old files out for this competition and trimmed it from 70,000 to about 8,000 words - no small task. If it was a film there would be cuttings all over the floor. Looking at it again, I'm not surprised it didn't make the book - it was, after all, written primarily as an SF story and it is only coincidental that my own brand of SF tends to feature only dysfunctional technology and focus instead on social, political and other not so exciting matters.

Anyway, for anyone happy enough to read this blog, here is my story in full. I'll probably publish it on Ether Books soon - where you can find a couple of my horror stories also (for a small fee) - but in the meantime for any POD readers here it is for free. I hope you enjoy it.


My story is now in a competition and to view it you need to download an app for Ether Books (Apple devices only). For more instructions see here.
Posted by Jason Heppenstall at 9:43 PM