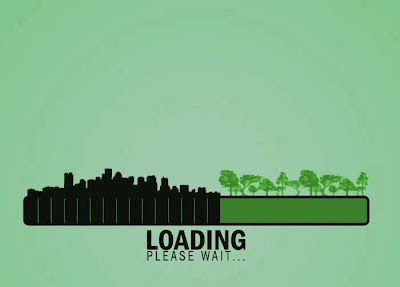 It’s been another interesting week in the realm of peak oil, with news that Saudi Arabia may not have anything like as much oil as it was claimed (although this hardly counts as news for anyone who has been paying attention). The Daily Telegraph’s champion business writer, Ambrose Evans Pritchard, has even started talking about peak oil in alarming tones – although he puts a safe distance between himself and the regular old peak oil writers by renaming it ‘peak cheap oil’. Cue hundreds of angry comment trolls attacking his failure of wishful thinking.

Oil may have dropped in price recently, going down to less than a hundred dollars a barrel (which is still 1,000% up on only 14 years ago, as Kurt Cobb reminds us), but there hasn’t been a corresponding decrease in petrol prices. Here in Denmark it’s pushing 14 crowns a litre – which is just over 9 dollars a gallon. There are the usual and predictable ‘Pain at the Pumps’ headlines, and in Britain the government is trying to deflect criticism by launching an official enquiry into the high prices, presumably in the hope that it can be seen to be doing something and that they will have dropped again by the time the enquiry winds up.

The high petrol prices, combined with high food prices, are having all sorts of interesting effects. One has been a rise in stealth inflation of the food variety, with many products in my local supermarket seemingly afflicted by a terrible shrinking phenomenon. A jar of peanut butter used to cost 30kr ($5.20) for 400g. Then, seemingly overnight, the price dropped to 25kr and the jars were marked ‘Special Offer’. But even the most myopic person could see that the jars themselves had suddenly got a lot smaller, and you now only got 250g. That (he says, fiddling with his calculator) is actually a price rise of 33% disguised as a discount.

But apart from the price rises we might actually be seeing some demand destruction taking place. In the UK, overall traffic levels dropped by 1% this spring, which is nothing spectacular, but that figure hides the fact that heavy goods traffic fell by the much more significant figure of 4.4% as businesses seized up and people went shopping less. And did anyone mention North Sea oil production? This has continued its relentless decline and fell a whopping 18% in 2011.

This is great news for planet Earth but apocalyptic news for the rabid scrum of psychotic maniacs who are currently controlling the levers of power in Britain. Psychotic in Chief George Osborne, whose job it is to push forward any economic policy he can dream up as long as it is the wrong one, has reacted with predictable abandon and announced a massive infrastructure building plan to invoke the sacred gods of Growth. Yes, against a background of steadily falling oil availability, we are to embark on a programme of road and airport expansion because, as everyone knows, if you build enough roads and airports then those stubborn oil fields will miraculously start weeping out record amounts of oil again.

Nobody in MSM land is seriously questioning this rush for growth at any cost, although some of the more liberal newspapers are tying themselves in knots arguing for green growth i.e. further ways to sustain the unsustainable. Which gets me onto the business of language.

I happen to like the English language. I love its mixed pedigree and the fact that it contains hundreds of thousands of words that are just there for the usage. It’s my job to use words and phrases in pleasing configurations, and I enjoy doing so. So it’s all the more maddening to hear people day in and day out using words for their own vile purposes and unquestioned agendas. It was George Orwell who said that politicians used words the way that squids use ink i.e. they squirt out clouds to blind and confuse us. Well, they’re still at it, but in my opinion it’s the media who are the worse perpetrators.

These are my top abuses of language which can be found in any newspaper on a daily basis.

Riches
This can simply be substituted for the word ‘oil’. Riches are what lie user the rapidly melting Greenland ice and in the seas around the Falkland Islands. Riches, it is assumed, can be extracted and sold thus bringing ‘prosperity’ (another hate word) to all who are lucky enough to live in a country which has the government mandated right to extract these riches. Riches are there for the taking – just like the world’s fish are called ‘stocks’ that you can reach out and grab – and are therefore ours by default. We might squabble about who has the right to these riches, but we all agree that whoever wins the scramble to extract them ends up very, er, rich.

Developing Countries
There used to be three types of country, labelled helpfully as First, Second and Third World. Now we only have two: developing countries and developed ones. Developing countries, you see, all strive to be just like our countries. Take India, for example. Never mind the fact that is has several thousands of years of history, 1,652 different languages and a multitude of religions and cultures – what every citizen in India wants is to be just like an American. They want to have big houses, drive big cars and eat in McDonald’s (okay, a small concession – we’ll let them keep their vegetarianism). When they are finished developing they will have achieved the highest level of evolutionary attainment i.e. us. Until that time, of course, they’re great for cheap labour and merciless resource extraction, which is just the price they have to pay if they want to be great.

Sustainable
Everything today can be sustainable. Even airlines have their own sustainability reports. The key to achieving sustainability is to get big enough so that you can afford a CSR department. As soon as you have some staff versed in deflecting criticism, producing glossy brochures with a picture of a child holding a seedling on the cover, and enacting small but highly visible ‘eco’ steps, such as photographing the CEO driving an electric car – then you’re sustainable and can go on polluting and vandalising the planet as before.

Threatened
This is what happens to species and places when they interact with humans. As a journalist you have to tread with fear when mentioning anything to do with rampant corporate destruction, and therefore your language has to be timid as well. It’s not even weak and passive enough to just say ‘threatened’ - one must say that someone else claims it is threatened. I once wrote a story for a newspaper about an Australian company which was dropping napalm bombs from helicopters onto an old growth forest in Tasmania. It was 100% destruction, with every living thing razed off the face of the planet in that area. I wrote a headline that went something like “Forestry Company Napalms Ancient Forest”. Within 15 minutes there was an aggressive corporate lawyer on the phone from the other side of the world saying that unless the story was substantially changed he was going to do the legal equivalent of drop napalm on our office.

The newspaper publisher stepped in and explained to me that Australians have every right to napalm their own forests and that I should tone it down. Before the hour was out the story had been changed to “Forest Threatened by Logging Company, claim Conservationists” with a lengthy explanation from the CSR department of the napalm bombing company about how the aerial bombardment technique actually benefits the environment. We didn't print a picture of a smiling kangaroo, but almost.

Growth
Growth is a holy cow and therefore not often subject to criticism. But anyone who has been to India and seen holy cows wandering around in the streets knows that they live on a diet of mouldy cardboard, plastic packaging and other detritus that can be found lying around. Garbage in garbage out. Growth is what we are all after and growth, as any cancer cell will tell you, is the be all and end of existence. If something economic is not experiencing growth, on no account must the arch-enemy of growth  –  the evil shrinkage – be mentioned. Instead we have a ‘period of negative growth’ which just means that hard-working growth is taking a well-earned break and will get back to (sustainable) growth as soon as we sacrifice a few more species and ancient forests at its altar.


Turn on any news programme – any – and watch the business section and you’ll likely be told whether each item is bad news or good news. Examples might be “There’s bad news for the construction industry, which saw profits fall by 0.03% in March, while there is good news for the shareholders of airlines following merger speculation.” I’m not sure why they do this – they don’t do it with the other news - but it’s probably because nobody actually understands the business news and therefore it has to be spoon-fed to viewers as if they were toddlers sitting in their highchairs in front of the TV and wearing bibs. The general rule is that if someone somewhere (it doesn't matter who) has made some money from something it is ‘good news’. If the converse is true it is ‘bad’.  Thus we get “There’s great news for shareholders of the insulin maker Novo Nordisk today as the WHO reveals the world is in the grip of an obesity epidemic.” This is exactly the kind of easily digested news in a jar that today’s busy CEO likes and doesn’t have difficulty swallowing. My favourite business news reader/kindergarten teacher is BBC World’s Sally Bundock, who delivers bad news as if she’s telling children that the sweetie drawer is empty and she’s run out of lollipops.

Tune in next week for more vituperative hogwash.
Posted by Jason Heppenstall at 7:22 AM