How Many Energy Slaves? 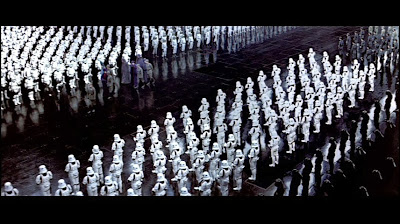 Sometimes life is a bit of a blur. I have good intentions to write a blog post a week but what with moving house, working on my woodland, doing freelance work and having kids I have been struggling of late. Anyone who has been following the electronic scribblings on these pages for the last three years or so might have noticed that I started off unfocused, writing mainly about random stuff, went through a period of writing focused relevant articles that even got aggregated by other sites, and have now come full circle and started writing randomly again.

Apologies! My only excuse is that, in the great scheme of things, writing a blog for free comes fairly low down in the pecking order all things considered, when other things jostle their way to the front of the queue. Nevertheless, now that the heat of summer has dissipated and the cool September sea mists have begun to roll in off the Atlantic it is perhaps easier to be more reflective and calm again, which is the state of mind needed to effect any kind of lucid communication in this day and age.

That said, this week’s post is more of a news roundup than a fully rounded piece. You know how it is, you get an idea and think I must write  something about that, but before you do something new turns up and you add it to the mental pile. Before you know it, you’ve got a kebab skewer of ideas for a blog post and no idea which piece you should bite into first. So, without further ado, I’l dish out the chunks of fried meat, one morsel at a time.

***
Most people, when they move to Cornwall and drop out of mainstream society become impressionist artists, soapmakers, carpenters or, ahem, woodlanders. Not so Chris Abbot, whom I have come to know via the local Transition Penwith group. No, instead of setting up a little shop selling curios to tourists, or carving mushrooms out of logs, Chris decided to set up his own intelligence agency.

He says it is the ‘world’s first civil society intelligence agency’ and it’s run from a small building down here at the tip of England. Okay, so Open Briefing hasn’t exactly got the CIA isn’t quaking in its boots just yet, but with several analysts with backgrounds in intelligence on the staff rostrum, it’s not a bad source of unbiased information about how our civil liberties are being systematically stripped away. Did I say unbiased? Well, of course it isn’t - it’s biased towards ordinary folk, rather than the military industrial complex.

I saw Chris last week when he popped around to pick up some citrus trees I had brought back from Spain. He looked tired and said he had been working hard on new report about drones. That report, entitled Remote Control War: Unmanned combat air vehicles in China, India, Iran, Israel, Russia and Turkey has now been released.

Read it here (or a summary here) but don’t expect it to put you in a good mood.

Yesterday saw the release of the IPCC’s report on climate change. There were not any real surprises in there, and if anything it has been toned down substantially so as not to rock the boat too much. I gave up hope in governments doing anything to tackle AGW several years ago when I was at the Copenhagen COP15 Climate Conference. It is now starkly clear that we either leave most of the fossil fuels in the ground, or we sign the death warrant of most human civilisations.

The message seems to be getting through in some quarters, with most UK newspapers reporting on it as their main item. My jaw hit the floor however when I read the Daily Telegraph - the go-to newspaper for aggressive climate science denialists - write an article with the following:

It is surely past time, therefore, to take matters out of the hands of the zealots – on both sides. No one can deny that mankind is pumping carbon dioxide into the atmosphere at unprecedented rates, or that this will inevitably have a warming effect on the climate (the reason for the current “pause”, scientists believe, is that the heat has been stored up in the deep oceans, as part of a natural cycle).

Did my eyes deceive me? Had I actually just read that? An anguished howl immediately went up from the rabid, frothing at the mouth climate science deniers in the comments section.

Today, however, there is no mention of the IPCC report on The Telegraph. Perhaps the editors got a call from the tax-avoiding, big oil protecting, independent media bashing, liberal hating Barclay brothers ... who happen to own The Telegraph.

Still on the climate, the report states clearly that we are on course for a +5C warming by the end of the century on a business as usual (BUA) basis. BAU, in my opinion, won’t happen due to resource constraints, but assuming we can continue to plunder every gram of carbon based fuel from the Earth’s crust we will.

Who’s to blame? All of us, of course. Some more than others. In fact, some a lot more than others. But blame isn’t a particularly useful response. To that end I’ve decided to plant 500 trees a year and have already started. This is happening on my land at Fox Wood, with 500 acorns due to be popped into soil-filled bags in a couple of weeks. I’ll be writing more about it on that blog in due course.

In other developments, I have long been threatening to write a book. That threat is now starting to be put into effect. I don’t know how long it will take me but I already have an idea, chapter by chapter, how it will pan out. In writing a book about the end of our industrial society one faces several challenging questions, such as:

I have managed to answer a few of those questions myself. The book, primarily, will be aimed at people in over-developed countries, and there will be a particular focus on Britain. After all, that’s where I live and am from. Why are most peak oil authors American? It is just not on the radar over here. I have some theories as to why that is so.

The book will be a primer. I don’t intend to go into much depth about the metaphysical underpinnings of our crises, although can’t entirely avoid that. I won’t be proposing any geo-engineering solutions, perpetual energy devices or happy endings (other than at the individual level). I can promise that it will have a dose of humour, however, as I don’t seem to be able to write the kind of dry fact-dense prose which features in most other books dealing with similar subjects.

This doesn’t mean I won’t be having a crack at the following:
On a more positive note, I’ll be focusing on what people, either as individuals, families or small communities, can do to prepare themselves for the future that is already upon us. The tentative title is When the Lights go Out: Surviving in the Age of Broken Promises.

Writing a blog about the abstract concept of the end of the age of abundance probably has its advantages, although I can’t think of any off the top of my head. Last week, however, was a bit different when 22 Billion Energy Slaves reader and doomstead diner Harry Lerwill turned up in my local tavern the Dolphin Inn. Harry had come over from California with his other half Barbara and found himself in the neighbourhood hunting for ghosts (the Dolphin has three). It was good to sink a couple of pints of Cornish ale and chat about economic collapse. Anyone else in the area feel free to drop me a line.

And finally ... how many energy slaves?

The title of this blog was gleaned from a comment made by petroleum geologist Colin Campbell. It refers to the number of human slaves equivalents we would need, working 24/7, to supply the same amount of energy that we currently get from easy oil.

One or two people have commented that if we were to include everything else we get from fossil fuels, taking tight oil, shale gas, coal etc. into consideration, the true number would be closer to 200 Billion Energy Slaves.

Alas, if I changed the title of the blog I’d probably lose a lot of links and readers. Saying that, anyone with a more mathematical bent than I is free to send in their calculations for how many energy slaves we actually would need if ALL non-renewable sources were taken into account. I would hope that it would include the reasonable assumption that slaves cannot work for more than 12 hours a day.

I’ll send a box of Cornish fudge to whoever sends me an email (jasonhepp at gmail dot com) with the most comprehensive answer before the end of October. 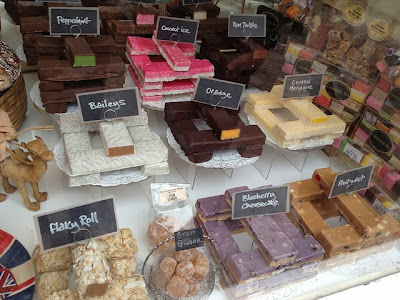 Posted by Jason Heppenstall at 12:28 PM