Calamity in the UK

A question arose in my mind earlier when I was reading the summary of a new report with the catchy title "Sustainability and place: How emerging mega-trends of the 21st century will affect humans and nature at the landscape level". This report basically takes a stab at where, and where is not, likely to be a good place to live ... in the US. It's an interesting read for doomsters, and it takes account of factors such as sea level rise, drought and social unrest.

I'd love to see a similar study done for Europe. As long-time readers will know, it's something of a hobby of mine to hazard guesses about which places are going to be hit harder than others. My own guess is that the UK—a country I have voluntarily chosen to move back to after 13 years away—is going to be hit pretty hard. This is, after all, the country where the news headlines on the eve of the biggest East-West confrontation of the century featured the shocking news that Prince Harry was seen twerking at a wedding in Memphis 'surrounded by southern belles'.

How are people going to react to news that could be said to have a more relevant bearing on them? Such as 'Britain to run out of petrol next Wednesday' or 'Fires and lynchings in City of London rage for a fourth night'.

I certainly don't want to be around any of the giant conurbations stuffed to the gunwales with disaffected, radicalised, unemployed youths when the food trucks stop rolling, the sewage systems back up and the taps run dry. I know that the current government is trying to avoid such a scenario by welcoming anyone with money into the country so that they can help inflate a number of bubbles for people to look at and pretend they are wealthy, but I'm not at all sure that such a strategy can last forever. Bear in mind that there are about 65 million people living here (in the early days of the British empire, that figure was five million, which explains all the stately homes), and the whole shebang is funded on exponentially growing debt—something that neither the right or the left will admit to. All this is going on while the political/financial elites are selling off everything that isn't nailed down and robbing future generations of a stable future.

What's more, it's hard not to notice that a lot of people hate each other. I mean REALLY hate. All you have to do is show a picture of UKIP leader Nigel Farage or Top Gear presenter Jeremy Clarkson to an audience of liberals and you'll spark off a Two Minutes Hate. By the same token, show a picture of a wind turbine or a badger to an audience of right-wingers and you'd better get your umbrella out or face being drenched with bile. Have we always been like this?

And then there's the self-hate thing. Does any other nation hate itself as much as the English do? Just read the comments below any politics/finance/society article in the Guardian or Telegraph or any of the other usual suspects and you'll see what I mean. If 'we' are not wailing about how everything is being ruined, then we are wailing about everyone else ruining everything for us. Perhaps it just comes with the territory.

Luckily I live about as far away from all this as possible without falling into the sea, and all the fuss about the Prince Harries and Jeremy Clarksons seem a long, long way from here. I'm not a nationalist, a royalist, a jihadist or any other ist and I'm pretty comfortable being a white bloke, even though I have occasionally been told that this is something to be ashamed of. Furthermore, and happily for me, I live in Cornwall, whose people were only last week granted National Minority status, causing much jubilation among Cornish folk and much non-plussed 'so whats?' from resident emmets. This is seen by some as a first step towards a regional assembly, followed by autonomy and eventual nationhood (Cornwall being one of the Celtic nations, the others being Wales, Ireland, Scotland and Brittany).

"But that can't be so!" wailed a good many English, who look down on their Cornish cousins. "Don't you know that Cornwall is dirt poor and can only survive by having us buy up all their quaint cottages for holiday homes?" they say.

Yep, it's true. To an extent. Cornwall is officially one of the poorest places in the whole of Europe (ranking alongside Lithuania), with London being the wealthiest. But it hasn't always been that way—go back to the Bronze Age and this was one of the richest areas to be found anywhere. The source of those riches arose from tin, which was traded with the Greeks to make bronze for their weapons. Furthermore, the land was enriched by the application of seaweed something that is not in short supply here—making it quite a fertile bit of land. Could it be that way again? It's mild climate makes it the best place for growing things ... not least hemp, which was a prime product back in the days when it was legal. What about those mines that tunnel everywhere underneath the land? They are unprofitable in the age of oil, but what about after the age of oil? And the shipping possibilities? There is already one sail-powered cargo boat operating between Cornwall and the Caribbean - there may be more in years to come. It's intriguing to think of what could be.

Anyway, getting back to that report, one of the conclusions was that if you want to avoid the worst effects of the collapse into scarcity-industrialism the best thing you can do is move to somewhere that is already used to missing out on the technologically obsessed turbo charged capitalist euphoria that is so fashionable these days. These areas tend to have rich land that has yet to be concreted over, and the locals are already expert in getting by with whatever resources they have to hand because they've been led to fend for themselves. Indeed most of the people I count as friends these days have good honest dirt under their fingernails, brew their own cider and probably don't even know what a twerking prince looks like. So pick your area wisely. 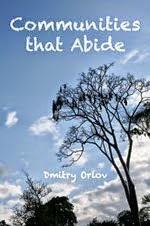 On a positive note, I'm happy to say that I've spent the last three weeks wallowing in stories of genocide, viewing films of villages being bombed and seeing images of children with their limbs blown off—all so that you don't have to. The result is a chapter about the US Secret War In Laos for Dmitry Orlov's forthcoming book entitled Communities that Abide. The book will be released in June and is available for pre-order by following this link - and there is a limited print run so get your order in now before it sells out!


Posted by Jason Heppenstall at 11:00 PM