Busy as a B Movie 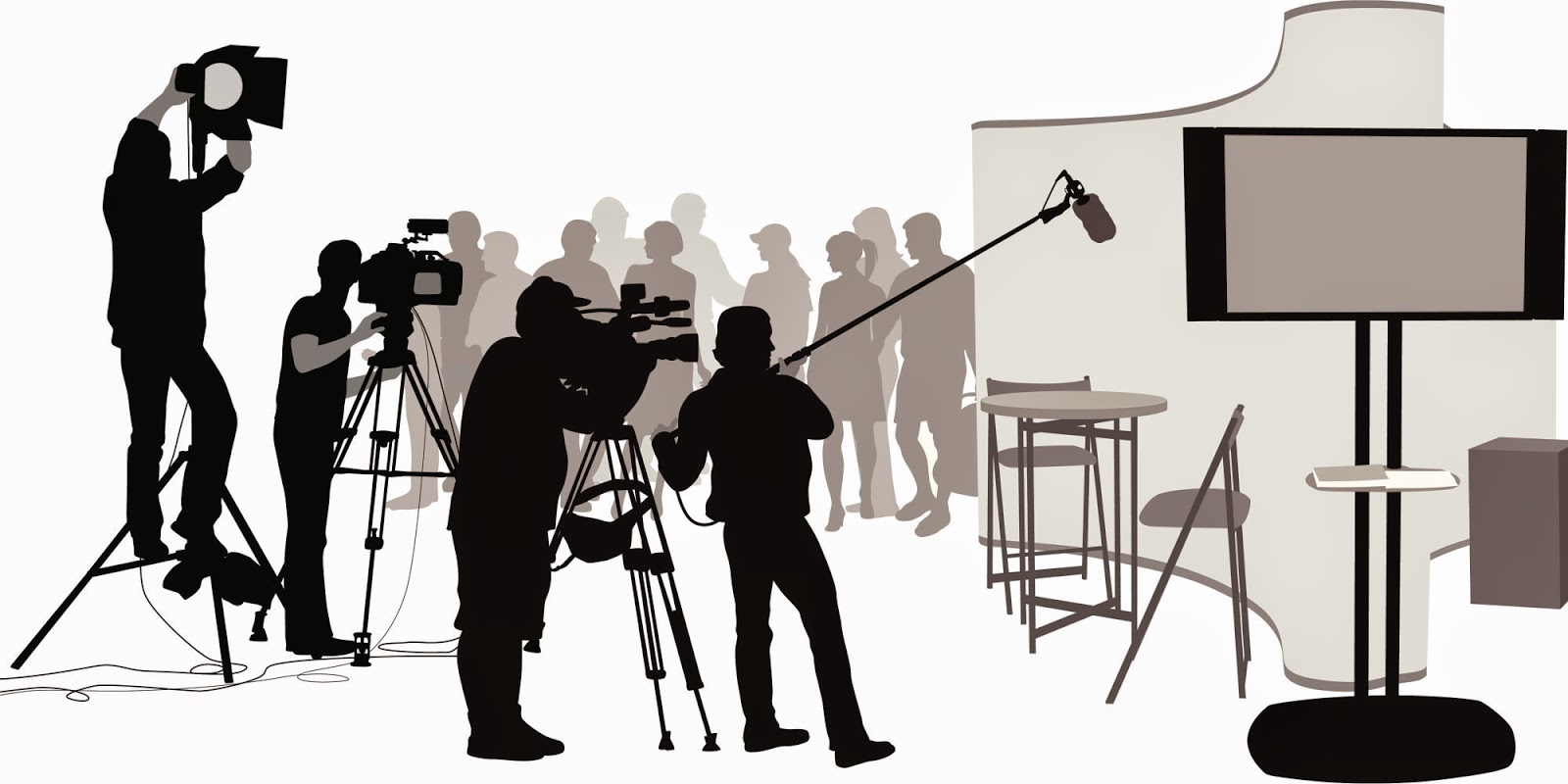 Well, it's been a while since I sat here tapping at the keys and wondering out loud what it's all leading to. My only excuse on this count is that I've been busy with other things. Now, personally, I can't stand it when people tell me that they are always busy. It seems to be the default answer there days to the enquiry "What have you been up to lately?" or even "How are you?". Busyness is a modern curse. If you are 'busy' then you have no time to think about all the choices you need to make to live a saner life. But even more sinister is the fact that for most people there is an implied element of virtue about being busy. It's as if they are saying "Yes, I've been busy like a bee, bringing honey to our collective hive for the advancement of all humankind - what have you been up to you sluggard?"

Or perhaps some people say that they are busy as a cover statement to conceal an inner malaise. If they were more truthful and said "My days have been taken up wasting the precious time given to me performing dull and meaningless tasks for a boss I detest at a company I don't respect just so that I can pay off the interest on the debt I have accrued by the purchase of inflated assets I was made to believe were necessary by a predatory advertising industry and compliant media - and by reflecting on this I am plunged into a state of existential despair."

So, anyway, I've been busy - but I don't mean to imply that this is a good thing or that I am more virtuous than the less busy (my long-term goal is to be so non-busy that I do nothing but read, write and garden) - merely that events have conspired to prevent me from leading a more leisurely life of late. By this, I mean that I have been working for money. You know politicians always like to boast about how many jobs they have created? Well, I've got at least five of them. For two days a week I clean holiday homes for the feckless and often spoiled monied classes. This involves changing bedding, washing floors, scrubbing the brown bits from the insides of toilets and making sure the welcome daffodils are artfully arranged. It's not too bad a job and pays above minimum wage, even if the guests sometimes leave notes saying things like "One of the glasses is chipped and I could have cut my lip on it - I shall NEVER book this place again." The properties are nice and have sea views, so I can at least pretend that it is me who is on holiday as I lounge on the sun deck looking out for dolphins and sharks, safe in the knowledge that no guests will arrive within the next few hours.

The second job, which is now over for the year, has involved working as a woodsman's assistant. My friend cuts the trees down and I sned the side branches, sort out the brash into different products (fencing stakes, charcoal wood, bean poles or even arrows). The work is really quite hard and pays very little but the company is good and I get to work in some really stunning locations. I've also learned a lot of useful skills, such as scything, and I'm a dab hand with a billhook now.

My third job is doing occasional writing and translating work that crops up. That includes writing my book, which is now finished BTW, edited and just waiting for me to do one last proof before publishing (next week).

My fourth 'job' is being educated. Yes, in this bizarre Kafkaesque world that we now live in, I am paid money to sit down and learn remedial maths and English, simply because I live in western Europe's second most impoverished area. The course providers get money for teaching me too and the guvmint gets to claim that they are providing training and assistance to those people living in Britain who don't happen to be Russian oligarchs or Saudi princes. Everybody's happy.

Which brings me onto my fifth job, and the reason for this post. Yes, I have made it onto the silver screen and will be appearing in a forthcoming movie. I can't tell you what it is at this point otherwise they'll sling me in irons and make sure I Never Work Again. Alas, I don't have any leading roles, I am merely a prop made of meat - yes, I'm an extra. My 'role', if you can call it that, is that of a thug. I have to wave my fist aggressively at one of Britain's best-loved comedians and shout 'bastard' at him over and over. I think he quite enjoyed it. The pay is quite good considering that 95% of the time you merely have to sit in a truck with other meat props and drink coffee. Meals are also rather good too, though you'd better not get in line in front of any 'talent' (as actors are known) or production staff. Amusingly, we meat props are given styrofoam plates to eat from, while talents get porcelain. It's all very hierarchical, and you'd better not get on the wrong side of the first assistant director.

But being at the absolute bottom of the pecking order has its benefits; for a start it allows one to observe the entire shebang from a relatively uninvested position. The first thing I noted was the sheer size of the production. Ultimately, in my opinion, the film - which is a subversive comedy - will probably go largely unnoticed by the masses when it is released. It will likely be on DVD within a month of it being in the cinemas, and it'll probably get a few stars among reviewers because there are some recognisable actors in it. It's not a big production by any means (most of my fellow meat props were gore fodder in the Brad Pitt zombie apocalypse film World War Z, which was also filmed in Cornwall, and they said that was a BIG production) and there are maybe twenty talents and fifty production bods. Yet for this relatively small production, the amount of energy and resources it gobbles up is truly phenomenal.

I counted about twenty huge trucks, which go from location to location like a ... flock of huge trucks. They get there very early in the morning and set up a kind of miniature town in time for the talents and production bods to roll up and eat their bacon sandwiches. These trucks have various functions. We meat props have one in which to sit and drink coffee and stare at our mobile phones in silence when we're not talking about what other films and TV programmes we've been in. Everyone seems to have been a Doctor Who monster, a Poldark peasant or a bandaged patient in Casualty. Talents get about a third of a truck each for their dressing rooms, and there are several other trucks for shared dressing rooms. Clothes get their own trucks, with at least two giant trucks being simply 'wardrobe'. Another truck is filled with washing machines and dryers that are spinning constantly because if the director, say, asks you to wear a tee shirt for one minute before a make up artist suddenly decides it's the wrong shade of green then it's whipped away, washed, dried, ironed and wrapped in plastic again. There's something depressing about seeing a single lonely scarf spinning in a huge washing machine powered by a caravan-sized diesel generator.

Two further trucks are mobile canteens, and the rest contain the inordinate amount of cameras, computers, lights and props. There is a fleet of minivans to ferry people around from one location to the next (walking is strictly forbidden, even if it's just a couple of hundred yards). Surly security guards stand around looking self-important, and they probably have their own truck too. And then there are the lights. Every scene seems to be lit, even if it's outside under bright sunshine. The lights each consume over 5000 watts and there are a number of gigantic mobile generators hitched to the back of Land Rovers which follow the lights around, as well as the washing machines and the vast collection of high tech paraphernalia. I saw boxes filled with lithium batteries to power small cameras, drones and laptops, with people grabbing and unwrapping them as if they were sweets.

Which all leads me to wonder how these productions will be able to pay for themselves in the future. Where will the cash come from? Where will all the energy come from?

One evening last summer I wandered down to the local park in Penzance - the lovely Penlee Park - and took a seat on a grass lawn with around a hundred other people. We were there to watch a production of Macbeth, performed by a small troupe of travelling actors. The actors, five of them in total, had earlier turned up in a small battered van. A single chest contained their props (a cauldron, a few different outfits, some daggers and a skull) - that was their whole setup. The production was great; intimate enough so that almost no lighting or amplification was required, skilfully and energetically acted and gleefully received. I'm sure that most people in the audience will remember the evening for years to come. At the end the actors bowed to the applause, took off their cloaks and stowed their daggers and then went off to the pub for a pint. The next day they would do the same thing somewhere else.

Which got me thinking about the performing arts and what might be considered 'sustainable' in the long term. It's pretty obvious that the cash and energy guzzling way of making movies these days cannot be sustained indefinitely. Perhaps if we return to a low-tech way of making entertainment on a human scale it will represent a general improvement in our lot. In the meantime, however, I'm happy to just keep working as a meat prop for cash, even if I have to eat the luncheon smoked salmon off a styrofoam plate. Just tell me where to stand.
Posted by Jason Heppenstall at 11:35 AM