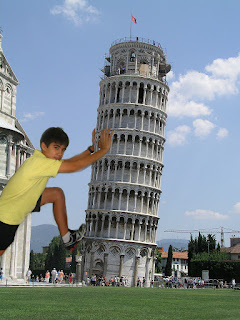 It’s getting harder all the time to distract oneself from how threadbare the fabric of our societies is becoming. No matter how much you avert your eyes it is all but impossible not to notice things unravelling around you. This is happening on every level, from the local to the international, manifesting itself in a multitude of ways.  Just as a fractal pattern has both the macrocosm in the microcosm, and the microcosm in the macrocosm, we are seeing signs of collapse small and large all around us.

At the micro level I could mention the town in which I live. In the past year we’ve seen a couple of big box retailers close down at one end of the scale, and quite a few small independents as well, some of which have been trading for decades. Streets have so many boarded up shop-fronts that the local council has taken to plastering them with posters showing images from happier times. Homelessness has spiked too, as has drug and alcohol abuse. The police station hasn’t officially closed down, but try getting hold of an officer when you need one – as I did when some drunken youth vandalised my car. The building is still there but instead of it being open there is a phone beside the front door that you must use to report a crime.

Aside from the police and the shops closing, public toilets are closed virtually all of the time, and the Post Office too is soon to close down, having been privatised and now asset stripped. The council is being forced to raise its taxation rates by 4% this year to cover the shortfall caused by spiralling costs and diminished funding from central government. Clinics and charities are being squeezed out of existence and the local council tried (and failed) to privatise the town’s midsummer festival.

My wife works in the care sector. The stories I get to hear will make you never want to be dependent on the state in your old age. If you can’t rely on your kids to look after you in your dotage it might be wise to keep a bottle of whisky and a revolver in your bottom drawer. Or maybe you'd rather die of thirst lying in your own mess because the 19-year-old unqualified carer who works for minimum wage is too busy checking Facebook on her phone to hear you pressing the emergency button by the bed.

Food banks are popping up. Schools are cancelling the more costly trips due to a lack of pupils being able to afford them, and local councils are cutting down trees in public places as they are ‘costly to maintain'. Streets are lined with weeds.

This might sound like a laundry list of woes, but despite it all there is still a reasonably solid façade of normality. Potholes in the road get fixed, people are still buying shiny new cars and householders do up their homes. The county council is still pressing ahead with its plans to install super-fast broadband that will ‘connect us to the world’ as if we weren’t already, and the newspapers continue to repeat that the economy is recovering, that everyone who wants a job now has one, and that generally speaking things are pretty good and getting better all the time. Children’s TV programmes are still talking about us all going off to live on Mars at some point in the future, Richard Branson has unveiled a new spaceship and true believers are still talking earnestly about self-driving robot cars that are fuelled by water.

All well and good if you are not paying attention, but on another level it is also getting harder to ignore the cracks that are appearing around us. And crack-ups don’t get much larger than the EU. The UK prime minister David Cameron recently announced there would be a referendum on whether Britain should remain a part of the EU aka ‘Brexit’. This has had the effect of a starting gun being fired in the race to win votes for the respective ‘In’ and ‘Out’ campaigns. If the ‘ins’ win then the UK will remain within the EU, albeit still on the periphery and with various half-measures in place to ward off unwelcome EU policies. If the ‘outs’ win then the UK will be out of Europe and millions of lawyers can expect to look forward to years of lucrative work as we try to disentangle ourselves from the biggest bureaucratic mess the world will have ever seen.

Even though it is early days, a basic and simplistic narrative has emerged in the debate. It goes something like this:

From the INs: “The EU brings us peace and prosperity. It has eliminated borders, improved the environment and lifted consumer standards. We would be X b/million (insert random number from your favoured think tank) pounds worse off if we left. It protects us from Russia and ISIS and the Brexiters are nothing but a bunch of right-wing racist Neanderthals who want to steal the EU’s (benign) power and use it against us.”

From the OUTs: “The EU is undemocratic and nobody should have the right to decide our national policies – especially immigration. It is run by unelected technocrats who are paid a fortune to make up silly laws. The European Court of Human Rights is the go-to place for Islamic terrorists and paedophiles who should be tried (and hopefully hung) in Britain.”

That might be a bit simplistic, but that’s the kind of level of debate that is going around at the moment. Everybody is talking about whether the EU is a good thing or not to be part of, but nobody is asking whether it can exist at all for much longer. I would argue that it cannot. The EU, at heart, is a vast trading bloc of half a billion people. Its very existence is predicated on capitalism, acquisitive expansion and favourable trade deals at the expense of the third world. It runs on cheap energy – the kind of energy that will not be readily available for much longer, and when the inevitably huge financial unwind picks up pace it will severely curtail European access to capital markets and energy. The EU might be rich but it is only rich because of historically unfair trading conditions that have impoverished half the world. And it has very few viable energy sources that would keep it in the manner to which it is accustomed.

The EU has always contained the seeds of its own destruction. By regarding monetary union as an inevitability (an inevitability that has steamrollered democracy in the process) it would logically reach a point where the weaker member states would not be able to keep pace with the stronger ones. By flooding the southern periphery nations with cash – and then asking for it back with interest – the EU looks from the outside to be a self-cannibalising monster. Peace in Europe? Let’s see how long that lasts. There are many in Greece, Spain and Portugal who see ‘the EU’ as Germany in disguise.

Pro-EU liberals tend to regard the continent in terms of what consumer benefits they can extract from it. To be ‘pro Europe’ is to retain one’s right to fly to Barcelona for the weekend on Easyjet and enjoy tapas on Las Ramblas. They warn that this kind of easy living won’t be possible if we leave the EU.

If the EU were to quit the EU it probably wouldn’t be a death blow. A far bigger existential threat to the EU comes in the form of the refugee crisis So far, only a relatively small number of refugees have arrived in Europe and yet people are already whipped into a frenzy of fear and anguish. In 2015 around a million beaten-down desperate people fled war, drought and economic collapse, to arrive on the shores of Europe – many of them drowning along the way. A million sounds like a lot of people until you remember that there are already half a billion people living here in an area of 1.7 million square miles. If the refugees were spread out equally they would have nearly two square miles each. Lebanon, by contrast, has some two million refugees – and Lebanon is a country you could lose under a crumb on a world map. A Belgian minster's response to the EU's refugee ‘crisis’; tell Greeks to push them back into the sea. There’s your liberal EU for you.

This is also the same organisation that is trying frantically to get a secret trade deal ratified that would hand over yet more power to trans national corporations and take it away from nation states. If TTIP goes through we can kiss goodbye to basic rights and freedoms, such as being able to choose whether our kids eat genetically modified food or can be told that smoking is bad for them.

By now you’re probably thinking that I’ll be ticking the ‘Out’ box on my voting slip on June 23rd. I will be, but its more or less irrelevant as the EU cannot last much longer anyway. This point of view, alas, will not go down well with many people. To be a ‘Brexiter’ is conflated with being a pig-headed xenophobe who refuses to regard social justice issues as the most important battle in human history. The ‘debate’ is far too tribal in any case. The arguments of the ‘Ins’ are confusing and make no sense to me. They talk about democracy yet want to give it away, and they celebrate diversity but at the same time think a ‘one size fits all’ mindset will deliver that.

The irony of being called anti-European is that I am ardently pro-European. I’ve lived in four different EU countries, travelled all over and am married to an Italian Dane. Europe, to me, is the most diverse place in the world and has an amazing spread of history and culture. My ideal life would involve spending several months each year travelling around Europe in a camper van and getting to know it in an even more intimate manner. The EU is not Europe; it’s an abstract concept masking a faceless undemocratic organisation that funnels wealth from one place to another and keeps its modesty intact behind a fig leaf of supposed liberalism.

It doesn’t have to be that way. We could still have a Europe united around some core values other than money and power and capitalism. How about a Europe focused on an emerging eco consciousness? Or what about remaking it as a loose cooperative of bio-regions? Or perhaps, at the very least, we could all agree on a shared constitution founded on liberty, equality and fraternity. Former Greek finance minister Yanis Varoufakis has suggested something along those lines, setting up a pan-European umbrella group called DiEM25 that aims to shake things up ‘gently, compassionately but firmly.’ Perhaps there could be more debate about what kind of Europe would be better suited to weathering the coming financial, ecological and energy shocks without causing so much collateral damage to both itself and other nations.

Until that happens we’ll just have to stand back and watch the fireworks. Big institutions like the EU are like skyscrapers; they don’t come crashing down to the ground without taking out plenty of other nearby buildings and the EU is like the leaning tower of Pisa on steroids.  Big things are an artefact of the age of oil – the future is necessarily smaller and more local. The best course of action is to stop arguing over whether it is best to be stood on top of the creaking tower it or beside it, and simply get the hell out of the way before it goes over.
Posted by Jason Heppenstall at 1:58 PM