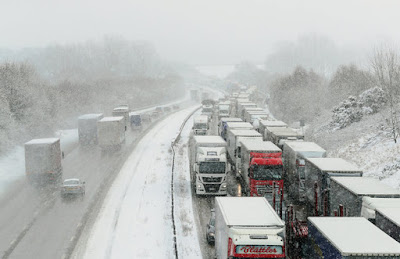 Greetings readers. You might be wondering why I’ve gone a little quiet here. Do not fear - apart from a few disruptions to my everyday normality, everything is fine here. I simply haven’t had much time to do any writing lately as I’ve … been doing a lot of writing. Yes, in a strange twist of irony, writing my posts about financial resilience somehow enabled me to land in a job where I write and edit finance articles for a living.

So, working full-time with a group of other financial journalists hasn’t left me with too much spare time on my hands of late.

It’s a bit unusual working in an office again, having spent the last five years doing a selection of jobs that have included being an outdoor woodsman, a builder’s labourer and a wine waiter/barman in a swanky hotel.

Luckily, the job came just in time. In the last few months we’ve had a run of bad financial luck, with numerous things breaking down and requiring costly repair, as well as being hit with various unexpected charges. To top it all, my wife lost her job when the care home she worked in dramatically closed down when it was revealed the owner had been embezzling funds for the past 14 years.

As a result of this we’ve been living somewhat constrained lives so far this year, which is certainly good practice for the future. In fact, I would say, by building resiliency into our lives we haven’t really broken a sweat over these recent interruptions. So, all in all, it’s ongoing good practice, and my wife has just (today) been offered a new job that pay better than the last one, so something positive came out of it.

In other news, you may have heard that the UK experienced some cold and snowy weather last week. The so-called ‘Beast from the East’ mass of cold Siberian air moved over the British Isles, where it was met by Storm Emma moving up from the south. Most places got a fair covering of snow, including where I live in Cornwall, which hasn’t seen so much of the stuff since the mid-1970s.
Predictably, chaos ensued.

Drivers, not knowing how to handle their vehicles in snow, crashed cars all over the place, with hundreds stuck on motorways overnight in freezing conditions and without blankets to keep them warm. The country came within a whisker of running out of natural gas, and was only saved by burning epic amounts of coal in power stations. Schools and shops closed, people panic-bought bread and milk, and a handful of people died.

And then, after a day or two of fun, the snow melted and everyone was forced to go back to work.
Despite this, there has been a huge knock-on effect on the food distribution system in the country. When I went to my local supermarket two days ago the shelves were still more or less empty of fresh food. There was zero milk, bread or meat to be had, and only a few bits of cheese and yogurt and ready meals left. On the other hand, there were plenty of vegetables and fruit and tonnes of snacks and junk food.

The fact the shelves were still bare almost an entire week after the snow had cleared just goes to show how fragile and vulnerable the food distribution network in the UK is. Hopefully a few people will have seen this as a wake-up call to increase their food stocks at home, and perhaps even learn to bake bread and make other food from fresh ingredients. This time we got off lightly, next time we may not be so lucky.

Posted by Jason Heppenstall at 11:32 AM