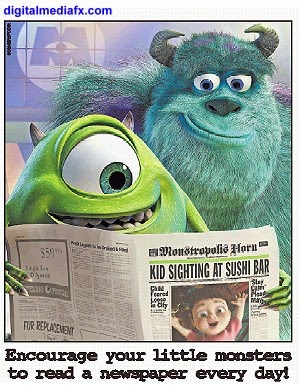 
Thus we are left in the situation where people are able to pick and choose their media based on their prejudices. The wonders of the internet mean that one never has to be troubled by troubling news again and you can indeed configure it so that you are treated to a continuous stream of videos of celebrities pouring buckets of water over their heads. Alternatively you can set your feeds, blogrolls and social media likes to permit you to gorge yourself on stories of collapse, economic frights, pandemics, massacres, beheadings and ecocide until you fall down dead over your keyboard. And that's the magic of technology.
Was it ever thus?

* On the other hand, I find it perfectly feasible that the editors and publishers of mainstream national press organisations are routinely called in for 'meetings' and asked 'politely' to avoid publishing material that is not in the national interest for reasons of security or to avoid economic panics.

Posted by Jason Heppenstall at 4:46 PM