H is for Hydrogen Dreams 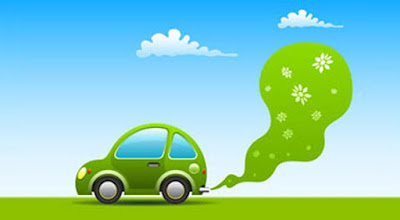 I can clearly recall one day in 1997 when I was working for a large company in the UK energy sector and one of heads of the Corporate Strategy department came down to give us a talk. He confidently predicted that inside 10 years "almost every car on the planet" would be powered by hydrogen. This sounded a bit fishy to me, and even though I was a corporate flak at the time, something didn't ring true about his claim. I asked him a question: "But where will the hydrogen come from?"

His eyes boggled at the sheer stupidity of such a question. "Where will it come from?" he repeated, his mouth curling into a smile at the corners as if I had made some kind of joke. "Hydrogen is the most abundant element in the universe! It's everywhere! You yourself are 10% hydrogen!" There was a ripple of laughter around the room and I felt like the stupidest kid in the class. How could I be such a dumbo!?

Now, almost 20 years later, I have yet to see a car powered by hydrogen. But why?

For a start, hydrogen might be abundant, but it is not a primary fuel. It had to be turned into a useable fuel by employing methods that involve using other fuels. Electrolysis is the main method used to extract hydrogen from water, and most electricity is currently produced using fossil fuels.*

Never mind, let's ignore this energy usage for now and continue making hydrogen. Once we have extracted some pure hydrogen from water (or natural gas, as if often the case - but shhh! don't tell anyone!) we will notice that it is incredibly light and fluffy. To get it into a liquid form we'll have to compress it using a compressor. 10,000psi should do it so that it's usable for a car. Of course, it'll need to be stored in a very thick and heavy high pressure tank.

Okay, so now we've arrived at the stage where we've burned up loads of coal, natural gas or even uranium making water into liquid hydrogen fuel. We have compressed it and stuffed it inside a heavy steel tank ready for using. Can we just store it there until we might need to use it? Well, actually this is also problematic as hydrogen has a boiling point of -253C — which is damned cold by most accounts. Anything above this and it will boil off and evaporate. So forget filling up the tank of your nifty "green" hydrogen car and leaving it sitting on the drive for a few days — you need to use up your fuel before it disappears, which it typically does at a rate of 3-4% a day.

Does it still seem so attractive? Leave you car for a couple of weeks while you go on holiday and you'll likely come back to an empty tank.

Anyway, assuming none of the above really bothers us, what about our good friend the Second Law of Thermodynamics — you know, that old Cassandra party-pooper who endlessly repeats that energy is lost at every stage of conversion, increasing entropy as it does so — does he have anything to say about hydrogen powered motoring? Well yes, quite a lot actually. It turns out that using electrolysis to create hydrogen, compressing it and storing it gives it an energy return (EROEI) of about 0.25. Yep, that means we have to put in four units of energy to get one back.

If anyone still thinks this is a good idea go and grab the nearest six-year old and ask them to explain it to you.

But ... assuming you don't care about the energy loss, the burning of fossil fuels to turn natural gas feedstock — sorry, water — into hydrogen, the compression costs, the storage losses and the fact that your hydrogen car weighs twice as much as a normal one due to the giant onboard tank — assuming none of that matters — where are you going to fill it up? According to the US Department of Energy there are 31 stations nationwide where you can fill up your vehicle. Yes, that's 31 that have hydrogen, compared with about 90,000 that have gasoline. As far as I can tell, there are around two in the UK "with another four planned". Yep, the hydrogen future is already here.**

So, for our hydrogen fuelled cars — which will inevitably also feature lithium ion batteries — to be usable to those people who don't live across the road from a hydrogen fuelling station and who like to travel more than 10 miles from their homes, we'll need to retrofit more or less the entire energy infrastructure.

So, here we are, still waiting for the great hydrogen future ("It's everywhere! The only pollution is water vapour! The fossil fuel industry doesn't want this to take off!") It probably has some industrial application that could be useful but if we think that hydrogen is a straight substitute for petrol we're going to be sorely disappointed.

In the meantime, here's a "zero emissions" train that's just hit the tracks in Germany. Apparently it is entirely pollution free and "runs on water" (like Jesus, but faster?***) Want to play a fun game and lose all you friends in the process? Every time one of them posts a link to the train on Facebook, leave a simple reply saying 'BS' and link to this post. It works wonders — I've already lost several friends as a result, and expect to lose more in the future.


* Yep, I know you can make electrolysis happen using solar PV or other renewables, but please refer to the bit where I mention the Second Law, and also consider the sheer amount of solar PV that would be needed to do so on a large scale to keep us on a happy motoring course and how it might be better employed.

** In my second career as a journalist/editor, we got invited to meet the late Shimon Peres in a darkened hotel room in Copenhagen during the shambolic COP15 conference. Peres wanted to push his 'Better Place' hydrogen/electric car initiative on us. We were not allowed to ask questions, such as whether it would actually work. "Better Place" went bust a couple of years later due to the unwillingness of the Second Law to negotiate, and the plug was pulled on it — as were several articles that reported on its demise such as this one in The Guardian "Better Place: What went wrong for the electric car startup"

*** As a small footnote, there's a personal irony in this. The Jesus Train was built by the company Alstom, for which my father, gods rest his soul, used to be a purchasing director. In his time he negotiated and purchased all the major parts for the first trains to run through the Channel Tunnel, as well as the French high speed TGVs. I actually spent a summer working in Alstom's French train factory when I was 21. My father would have hated all this BS — he's probably turning in his grave right now.

Posted by Jason Heppenstall at 11:31 AM