Q is for Quotidian Fluctuations in a Teacup 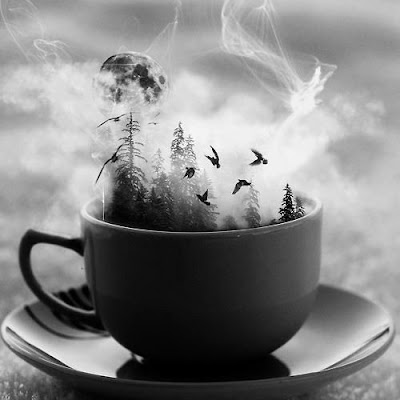 Here in the UK, things have been a little weird over the past week. People have red rings around their eyes and they get angry at the slightest provocation. You may have heard that there was an election, and that the result was somewhat unexpected and confusing. You may have seen some news about it and experienced a fleeting sense of bewilderment, wondering whether it was relevant in any way to your own life. And then, deciding that it wasn't, you will have instantly forgotten about it. But if you're even a wee bit curious as to what is afoot, here is an explainer of sorts. I will summarise the election twice. The first summary will be incredibly brief. In fact, it will be one sentence. Should your curiosity be piqued, the second summary will be a bit more in depth.

Nobody is in control and the politicians are running around like headless chickens emitting a strange gurgling squawk from their neck holes as they hold up banners saying 'Situation Normal - please carry on shopping'.

Okay, take a deep breath and get ready to shake your head slowly from side to side whilst quietly muttering "And these people once ran a whole empire?" For clarity and understanding I shall proceed in bullet point format.


So there you have it. I imagine it looks like a storm in a teacup from an international perspective — but it sure feels uncomfortable when you live in the teacup.


Posted by Jason Heppenstall at 12:05 PM