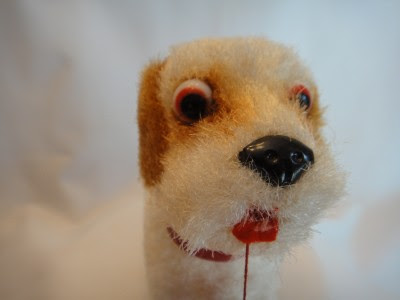 Sometimes, it seems to me, the disconnect with the reality that is being reported in the media and the other reality that isn’t getting much attention can make you question your own sanity. I’m talking in particular about the state of the global economy. Not a day goes by at the moment where we don’t hear self-flagellating reports of the state of the economies of Europe, followed up swiftly by news that the US economy is ‘on track’ and ‘growing’.

Why is the US economy ‘growing’ (apologies for the quotation marks, which I find I have to use to denote verbal irony on an increasingly regular basis)? Is it because of the digital mint at the Fed relentlessly churning out computerized funny money? Or perhaps because the Americans have ‘grasped hard realities’ and are ‘taking things in hand’? Who knows? The subtext to all this reporting seems to be that we Europeans are a bunch of idle debt-junkie slackers and the hard-working Americans – led by the charismatic Mr Obama and his nice wife – somehow have chanced upon a magic formula for success.

This is of course all pig-stinking flapdoodle.

Nowhere recently have I heard any mention of energy, except in reference to the fantasy that the US is undergoing a shale revolution and will soon become a net exporter of oil. Of course, these claims don’t stand up to much analysis. The hype surrounding shale gas has brought in so much capital that it was inevitable that there would be a crash in the price of gas, thus rendering any further production uneconomic. As for the claim that the US will become self-sufficient in energy, well, that one might actually be true if demand destruction (called 'energy efficiency' by the media) in the home market continues – as it will.

And what portion of this fabled GDP growth in the US can be put down to QE? Injecting digital money into a pool of ‘money’ that is made up of 99% credit is like pouring a glass of clean water into an atrophied fishing lake choked with algae and expecting all the fish to start breathing again. They won’t. The ever clever Nicole Foss put it nicely last week on her podcast interview with Jim Kunstler (listen here) when she compared the whole credit vs assets thing to a game of musical chairs, with one chair for every hundred people. As the music plays, people don’t notice there is only one chair per hundred – they are too busy dancing to the music and having a good time. It is only when the music stops that we realise, and by then it is too late to adopt a policy of loitering next to the only chair as the others dance around you.

QE, it seems, is simply window dressing and it is being used to inflate another stock market bubble. How else to explain the rising stock market despite the falling economic activity (yes, the US experienced shrinkage in the last quarter, although this was immediately explained away by an army of analysts who said it was due to decreased spending on defence – nothing to see here). If the US economy is doing so well, why are asset managers in top Wall Street firms publicly buying shares and proclaiming their faith in recovery, but privately cashing in around seven times that amount and squirreling the money away to somewhere safe? What do they know that the media echo chamber isn’t willing to tell us? It just doesn’t add up.

Of course, we have QE over on this side of the Atlantic as well; indeed it is one of the Bank of England’s favourite policy tools at the moment. Like a doctor in a white suit, the Governor administers doses of QE to the ailing patient and then stands back to watch the result. The media pounce on any sign of improvement in the condition: More Land Rovers sold to the Chinese! Tesco had an exceptional Christmas! The alcohol and gambling industries are booming! [Hey, wait a minute on that last one, says the doctor.]

Unfortunately for the Bank’s surgeons, there is also Doctor Death, standing there in the shadows with his vial of hemlock which he drips into the patient’s ear muttering ‘Don’t worry, this will only hurt for a little while …’ in his sinister voice. Yes, the chancellor, George Osborne is busy making sure the patient never gets out of bed again with his relentless thumb-screw turning austerity measures, designed to placate the sleeping dragon that is the City of London.

Because if and when this dragon awakes, turns a cold eye over the economic landscape and decides to flap lazily into the sky and find another mountain in another country on which to roost, the true shambles of the UK economy will be revealed to all. Having off-shored a lot of the productive economy back in the 70s and 80s and de-skilled the work force to such an extent that most people can now only operate computerised systems to service the debt-strangled consumers of the fabled ‘service economy’ the only things keeping the economy afloat are a massive property bubble and North Sea oil.

But property bubbles aren’t exactly a sensible way to conduct business and North Sea oil and gas, as we all know, are running out fast. How many years left? Not many, that’s for sure. Economic policy makers are tying themselves in knots trying to find a solution to this unsolvable predicament. Interest rates are already so low they just can’t lower them further, boosting manufacturing won’t work because it tends to involve using energy that increasingly isn’t available – and anyway nobody can afford the capital - and so boosting the money supply with QE and tampering with the exchange rate are the only feeble instruments left in the tool shed. What they are praying for, of course, is that the magic Knight of Growth will ride in to save the day on his horse like a Findus ready-made lasagne in a just-in-time delivery system.

But, and here’s the downer, growth of the type we have been led to expect just can’t happen in a world economy where oil hovers at around $100 a barrel. With our entire way of life predicated to run off abundant and cheap oil, we are like flies gazing longingly at a glowing light bulb but finding our feet well and truly stuck to a strip of fly paper. Alas, this is the situation we find ourselves in, and there will be a lot of angry buzzing around us for the foreseeable future.

Of course, there’s a lot of talk about switching to new forms of energy, from wind power to thorium reactors to shale gas, in order to maintain the wasteful energy-intensive lifestyles we think of as normal. Each one of these energy plans is fatally flawed for various reasons, and in any case, switching an economy from a highly concentrated form of energy to a lower one a) Has never been done before b) Is prohibitively expensive in terms of money, energy and capital and c) Would take a minimum of several decades – or maybe up to a century if you go for a long-shot gamble with an unproved technology like thorium reactors. This doesn’t mean we shouldn’t try to salvage some form of electrical energy, but we should have started the transition thirty or so years ago, and there is still no serious talk of doing so, so we can reliably expect the lights to be going out over the next handful of years.

In fact, the policy measures pronounced by finance ministers and presidents day in, day out, remind me so much of a toy dog I had as a child. He was made of plastic, with clockwork innards, and had rough polyester fur glued onto his injection moulded body. His name was Bonzo, and if you turned a key in his belly he would emit a mechanical yapping noise and his little plastic legs would make him scamper forwards until he reached a wall or other immutable obstacle, where he would invariably fall over, the yapping noises growing ever weaker as he spent his mechanical energy on the useless task of spinning around on his side and barking.

The UK chancellor George Osborne is almost exactly the same age as me, with only a couple of weeks separating us. Sometimes I can’t help but wonder whether out mothers shopped at the same toy shops, and whether Mr Osborne also had a Bonzo dog like mine. If so, perhaps the young George (or Gideon, as he was called in those days) sat in his cot staring at the spinning, yapping mechanical dog and somehow the image became ingrained in his world view and manifested itself decades later as economic policy.

It’s the only logical reason I can think of for the endless slew of ‘stimulative’ measures he is coming up with in the face of the sitting room wall of declining net energy. Expect more of the same until the key stops turning.
Posted by Jason Heppenstall at 8:25 AM